Yayoi Kanbara (神原 弥生 Kanbara Yayoi) is a secondary character in the Kyoukai no Kanata series. She is a Spirit World Warrior and the mother of Akihito Kanbara.

She wears cat-like clothes consisting of a strapless black dress secured with a blue belt, knee-length black boots, and a red bow around her neck. Her most notable features are the black cat ears on her head and a cattail with a red ribbon. Her forearms have a gradient shading into black hands, and she has a blue cat paw-print tattoo on her left thigh. Later, she appears in other ridiculous outfits such as a hamster outfit, a huge knight costume, a rabbit, etc.

Yayoi is an energetic young woman with an optimistic personality. Ayaka Shindō describes her as a big-busted mother with "a few screws loose," between crazy and genius. However, Yayoi also shows a serious side when warning her son about the Calm.

During the last episodes, she becomes more serious and mysterious. In Episode 11, Akihito asks her why she knows where Mirai Kuriyama is and she answers: "Don't you know your mother is Kanbara Yayoi?" In Episode 2 Akihito says she isn’t a youmu, but her eye color and outfits change at the drop of a hat, especially in Episode 11.

Despite her unique personality, she is honest about her feelings with respect to her son and whenever he is in danger, she's not afraid to do whatever it takes to keep him safe. It is also shown that she has taken care of her son very well even though she has not always been there for him.

She doesn't believe that the differences between Warriors or Youmu matter or who they are. But to simply care about those that you love and be by them even though she herself has not done so. She truly knows that as long as people have love then they can triumph over hate.

Most of Yayoi's history is unknown. However, at some point in her life, she had conceived Akihito Kanbara, a half-youmu child with a Youmu.

In the movie Mirai-hen it is implied but not explicitly stated that she is a Youmu and the gatekeeper between the two worlds.

Yayoi appears as a hologram on a postcard to warn her son, Akihito, to stay away from an extremely dangerous and powerful Youmu called the Hollow Shadow that is approaching the town he resides in.

Yayoi appears in Akihito's room and prepares a rice omelet with ketchup. In a flashback scene, she appears to be friends with Mirai Kuriyama's mother and promises to turn her body into a ring after she dies. Yayoi says to Hiroomi that she is a Gatekeeper between two worlds (later taking it back by saying "would you believe me if I said that?")

Yayoi is able to create realistic puppets of herself to fool others, as shown when Izumi Nase stabs her -- her puppet explodes and Yayoi reappears at the window, unharmed.

Her abilities are unknown in the anime or movie, but she is implied to be very powerful. 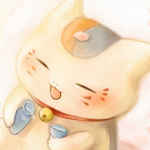 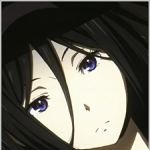 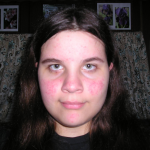